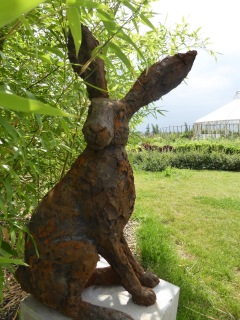 Howdy!! I hope you are well!  A much quieter week for me just passed! Recent exertions had taken their toll on my health so the past 7 days have been conducted at a much slower pace than normal! And the continuing heatwave played a part in that too! Will the sun ever stop shining?!!

A quiet week sums up my bookish week too!  Still managed to read 4 books, am currently reading 3, and I kept the postie fairly busy with a couple of new arrivals but I’m still trying my best to be a well behaved bookdragon! Not easy being good is it?!

So here’s a quick little look at how my bookish week has been!  Please click on the book title for the link to the GoodReads page – am a little behind on reviews again so hoping to catch up on those soon!

All 5 star reads this week!! That doesn’t happen very often!! And it made me a very happy reader!!

I loved this dark and unsettling read! Set on the Isle of Skye it was a great mix of historical, mystery and folklore!  Out on the 26th July 2018

The Daughter of River Valley by Victoria Cornwall  –  5 stars

Another stunning historical read! Loved it!!

The Girl in the Tower by Katherine Arden  –  5 stars

I loved The Bear and the Nightingale so was a little scared picking up Book Two in the series – I needn’t have worried!! I loved the magical story!! Full review to follow on Blog Tour next month!

The Woman in the Shadows by Carol McGrath – 5 stars

This was the pick for the July Book Club read of The Ninja Book Box Book Club and I absolutely loved it! Took me right back in time to Tudor times and was a fabulous read!

After reading many glowing reviews on a number of book blogs, I was tempted into buying this and I managed to win it on ebay!

The Librarian by Salley Vickers

A charmingly subversive novel about a library in 1950s England, by the acclaimed author of The Cleaner of Chartres

Sylvia Blackwell, a young woman in her twenties, moves to East Mole, a quaint market town in middle England, to start a new job as a children’s librarian. But the apparently pleasant town is not all it seems. Sylvia falls in love with an older man – but it’s her connection to his precocious young daughter and her neighbours’ son which will change her life and put them, the library and her job under threat.

How does the library alter the young children’s lives and how do the children fare as a result of the books Sylvia introduces them to?

And then I received this ahead of a Blog Tour next month.

The Lion Tamer who Lost by Louise Beech 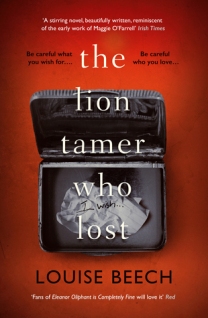 Long ago Andrew made a childhood wish. One he has always kept in a silver box with a too-big lid that falls off. When it finally comes true, he wishes it hadn’t…

Long ago Ben dreamed of going to Africa to volunteer at a lion reserve. When he finally goes there, it isn’t for the reasons he imagined…

Ben and Andrew keep meeting where they least expect. Some collisions are by design, but are they for a reason? Ben’s father would disown him for his relationship with Andrew, so they must hide their love. Andrew is determined to make it work, but secrets from his past threaten to ruin everything.

Ben escapes to Zimbabwe to finally fulfil his lifelong ambition. But will he ever return to England? To Andrew? To the truth?

A dark and poignant drama, The Lion Tamer Who Lost is also a mesmerisingly beautiful love story, with a tragic heart

And from the Goldsboro Book of the Month club, I received this signed first edition. 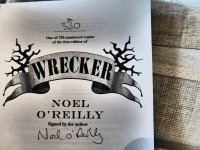 Mary Blight, stuck in a remote Cornish fishing village where ships are often wrecked on the rugged coast, longs for a life beyond Porthmorvoren. Picking among the corpses of the most recent washed-up dead, she spots a fine pair of leather boots on a dead noblewoman and unlaces them for herself. Only once she has removed the boots does she notice the woman’s earlobes are missing too. And by then it is too late. Village scold Aunt Madgie has seen her, bending over the corpse, blood on her lips.

The horror of the bitten noblewoman makes the national press. That the villagers are such savages to bite jewellery off a corpse their hands too cold to unfasten it causes a national outcry. The Porthmorvoren Cannibal is the stuff of nightmares. And still Aunt Madgie watches Mary, knowingly, waiting for her moment.

A Little Bird Told Me by Marianne Holmes

In the scorching summer of 1976, Robyn spends her days swimming at the Lido and tagging after her brother. It’s the perfect holiday – except for the crying women her mum keeps bringing home.

As the heatwave boils on, tensions in the town begin to simmer. Everyone is gossiping about her mum, a strange man is following her around, and worst of all, no one will tell Robyn the truth. But this town isn’t good at keeping secrets…

Twelve years later, Robyn returns home, to a house that has stood empty for years and a town that hasn’t moved on, forced to confront the mystery that haunted her that summer.

And atone for the part she played in it. 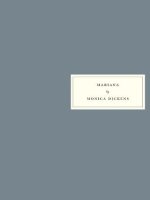 Darling Blue by Tracy Rees  via The Pigeonhole App

How has your week gone?! Keeping on top of those TBR piles?! Nope, me neither!!